When a leader thinks about launching a new vision, I recommend the story of Nehemiah be considered. It is found in his self-titled book in the Bible. It is not the only biblical model of visionary leadership, but I find it to be both compelling and practical for leaders to consider.

In Part 1 of The Nehemiah Vision Model I described his vision to rebuild the walls and gates of Jerusalem as a process which began with a Burden, not with the often referred-to Big Hairy Audacious Goal or BHAG. Nehemiah spent what appeared to be weeks or even months weeping, mourning, fasting and praying about the problem of Jerusalem’s city walls in ruins (Chapter 1). He spent more days praying over the vision than the days he spent accomplishing the vision. If you ever wondered what part of the vision process matters most, his demonstration speaks volumes.

What’s the problem your organization is trying to solve, or the need it’s trying to meet, or the villain it’s trying to defeat? Is it in a life, in a city, is it urgent? Is your vision process more like an academic exercise, or like a burden from God as if He is birthing something through you?

Once Nehemiah had his vision, his next move was to get it funded.

After praying to God about next steps Nehemiah turned to a prospective major gift donor, and who just happened to be the King of Persia. When he humbly approached King Artaxerxes and shared his burden to go to Jerusalem to rebuild the walls of the city, the king responded in the way every nonprofit leader hopes to hear a donor say, “How can I help you?” Nehemiah gave him his wish list. The king granted him permission to go and also fulfilled his requests, and more! Nehemiah left for Jerusalem with the resources needed to rebuild the city walls and gates, and protection to travel safely.

Once he arrived he was strategic about assessing the situation and rolling out his vision. At the right time he boldly articulated the problem, the solution, and an invitation for his listeners to join him in a great work. He declared clearly and concisely, “You know the tragedy of our city, it lies in ruins and its gates are burned. Let us rebuild the walls of Jerusalem…God will help us succeed.” The people got it responding in kind, “Let’s rebuild the wall!”

If your vision is about reaching more people or having more impact, it likely comes with more costs. Your fundraising team will need your encouragement and your help raising funds. You don’t have to be the best fundraiser in your organization. But if you are the top leader, it is incumbent upon you to at least do what only you can. You could create margin by reducing costs or find money in your budget by reallocating funds. It will be important for your team to see you personally involved, able to “bring home the bacon” when needed. By having a title of President or CEO you will likely raise funds by simply using your position. Even if like Nehemiah you know only one donor, meet with them. Do not underestimate your “positional power” and how important it will be for your team to see you go first. You can do this! It may be more encouraging for your team to see you step out, than the actual dollars you end up personally raising!

Nehemiah’s vision was declared, people embraced it, work began, and then about a minute later resistance revealed itself. The next several chapters document the next several weeks of those who were never onboard to begin with. You can read how Nehemiah swiftly met their opposition each time with prayer and firmness. Efforts to undermine the vision work came from the outside but also from within. The resistors used tactics like sowing discord, intimidation, spreading lies, creating distractions, making threats, expressing anger and even rage. It got so bad at times that the wall builders were limited to using only one hand to do their work on the wall because their other hand had to hold a weapon for protection. Nehemiah got angry but he also quickly addressed issues as they arose saying, “What you are doing is not right!” He also remained determined to keep the workers focused on God and the vision, reminding them “Don’t be afraid of the enemy…our God will fight for us!”

Having a compelling vision and the resources to execute it will not ensure success. The leader must also protect the culture. Peter Drucker is famously known for stating “Culture eats strategy for breakfast.” It means you can have plenty of resources and a great plan, but the health of your workplace culture ultimately determines its success. It is surprising and disheartening how bad some people can be in organizations designed to do good. Even after involving staff members into a vision-creating process, the leader can declare a vision and seemingly minutes later some of those same staff including some in other leadership roles may begin sowing discord, spreading lies, doing things which undermine the leader and the vision. Following Nehemiah’s example a President/CEO is the one who ultimately must protect the culture in order to protect the vision. Address issues swiftly and firmly face-to-face as Nehemiah did when he said, “You know you are lying…trying to intimidate…to break our resolve and stop the work!” If the top leader does not act effectively, people can become demoralized and the vision can get derailed even before the train has left the station.

The vision was accomplished when the walls and gates were rebuilt just 52 days after they began. People were so amazed at the progress that even the enemies of Nehemiah could tell “this work had been done with the help of God!” This resulted in nearly 50,000 people returning to the city. This called for a celebration! Nehemiah made sure all the people had food and drink, and even brought in Ezra the priest, the local Billy Graham at the time, for this multi-day event. As Ezra publicly read God’s word each day a change began to happen; people confessed their sins, “crying out to the Lord” they promised to love God and love each other, and joy spread among the people.

When Nehemiah had first arrived in Jerusalem, he found more than broken walls; he found broken lives. His vision was about more than rebuilding the walls of a great city. It was also about spiritual renewal, rebuilding a peoples’ dependence on God.

What will be the results of your new vision…a new building, or media platform, or additional staff? You can do what Nehemiah did. If your vision is born out of a burden, if resources raised include your participation, and the staff can count on you to protect their workplace culture, your vision can succeed. In the end it is really about how that building or platform or more staff is used to change more lives or change an entire city. 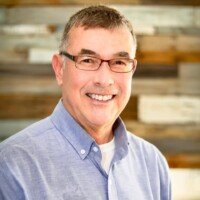 You can reach Dusty at  Dusty@WGTS919.com